Emma and the Beauty Blog 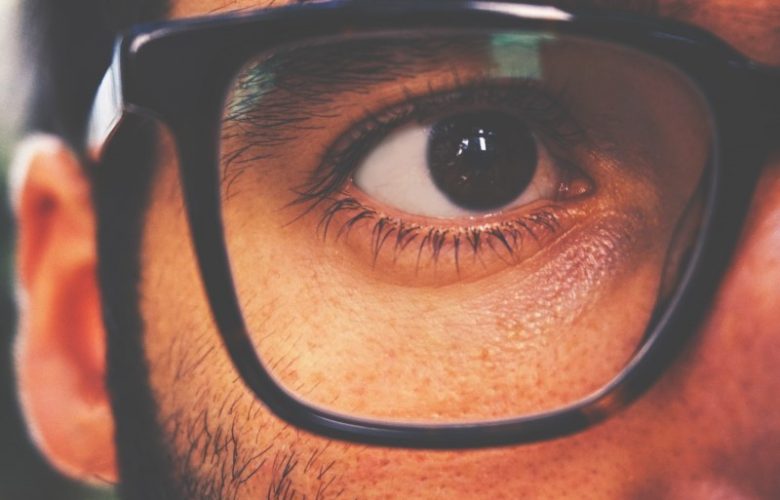 The market is now filled with an extensive selection and variety of men glasses. But since your glasses have plenty of potential as a fashionable style accessory, here is a short guide on how to choose the right glasses for you.

The primitive glasses have their roots traced as far back as 12th-century China. However, the main concept behind the use of convex lens is for magnifying things for the user dates back much further. Alhazen published the Book of Optics in 1021. This only shows that the human eyes have always deteriorated, and mankind has been trying to fix it through the centuries.

The first ever pair of recognizable glasses showed up in Italy during 1200s. During the Middle Ages from 1400 to 1600, the primitive spectacles were available in every town. During that time, the spectacles that were held in front of the user’s eyes through a handle, called lorgnette, were popular and common among the privileged members of the society. The handle of the lorgnette is more embellished when someone had more money.

The first ever pair of sunglasses came from China wherein they used the smoky quartz panels for the lenses.

Glasses Through the Years

It was during the turn of the century when two key events took place that catapulted the use of glasses into mainstream style:

From them on, eyewear fashion changed through the years just like clothing. Here is a quick overview of the history of men glasses for the past years:

Men’s eyewear was youthful, hip, and cool. The two icons of American youth culture during mid-20th century, James Dean and Buddy Holly, were usually photographed wearing their glasses. In particular, the look of Buddy Holly is known for his nerdy-cool and heavy-framed glasses.

The brightly colored glasses complimented the bright clothes of the decade, and some silhouettes also became more popular. You can easily picture John Lennon with his grannies or small circular glasses as well as Mick Jagger rocking his pair of aviators.

This era saw more androgynous clothing styles with the glasses following suit. The styles for men and women had very little variation, with boldness ruling the day.

The big hair of this period went along with big glasses.

There was a resurgence of circular glasses as part of the comeback of the 60s and 70s. Rimless glasses also became popular as well as the small-scale lenses.

Celebrities of this time wore tinted sunglasses in different colors, including David Beckham, Brad Pitt, and many boy bands.

How to Choose the Right Men Glasses for Your Personality

For the longest time, there has been a belief that the frames of your glasses should be in sync with the shape of your glasses. However, while there might be some value to this, your own style personality must always be the first factor you need to consider when choosing the right eyewear for you.

Why is this so?

People always say that your face itself is the most important aspect of any outfit instead of the accessories or clothing you wear. Your face is the most expressive part of your body, with your eyes being your face’s most expressive part. Glasses occupy this extremely crucial real estate, which is why it is a must that these are in perfect sync with the specific image you want to project.

Those who are more stylistically subdued will often go for quiet styles, framing their face classically. On the other hand, those who are bolder will also opt for bolder styles. Although these might not fit a certain face shape in a classical sense, they can still project the preferred image.

Simply put, your own personality combined with a bit of guidance can help you choose the right glasses for you:

It is not easy to ignore the Daring Dramatic personality of eyewear. If you want to turn heads, you can opt for the bold and big “geek chic” chunky plastic frame featuring asymmetrical pattern and color design.

You can try switching it up with some curved-edge striking round frame that can make a more fashion-forward style statement. There is something unique and powerful with the straight lines’ combination in metal with soft round plastic.

The Elegant Charmers whispers instead of talking loudly. He is appealing and refined. The rimless shiny blue frames accessorize beautifully with a high-level corporate suit’s sheen that creates a rich and discreet look.

You can also add a red pair as standalone statement piece that can incorporate a touch of color to compliment the tie aide from the brushed silver with a hint of modernity.

Fun and unconventional are the best words to describe the Inspired Artist. A royal blue retro flat-top aviator plays well with the outfit’s subtle vintage flair.

A conventional tortoiseshell frame doesn’t look traditional at all in the full-on modern square designed frame featuring a keyhole bridge. This is the best match to garments with tailored coloring and shoes.

These men glasses personality is business-like and controlled. The refined combination of metal and plastic in the upscale crustal; frame has a fashion-forward edge that looks timeless.

This goes well with a jacket’s low contrast pattern. To add a touch of fun, you can create an understated interest with a quick change to combination of colors with minimalist metal.

The last but definitely not the least, there is something approachable and relaxed with the natural eyewear personality. The implied mix of colors and textures in a modern muted red plastic frame for men glasses goes well with a classic shirt. A classic and clean take on the same concept also works on a two-toned natural wood frame.

From the same category: